Worldwide shipment of wearable devices will touch 225 million in 2019, an increase of 25.8 percent from 2018, according to Gartner.

END_OF_DOCUMENT_TOKEN_TO_BE_REPLACED 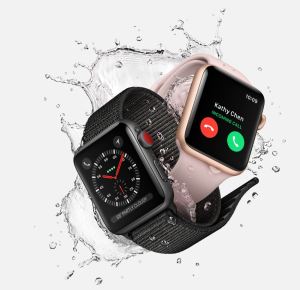 How the watch industry has changed! As a show of its strength and popularity, Apple Watch has taken the crown, not just among smartwatches, but outselling the entire Swiss watch industry in Q4. Now, that’s quite an accomplishment!

END_OF_DOCUMENT_TOKEN_TO_BE_REPLACED

Guess it was only a matter of time as Samsung Pay has been extended to the Gear 3 and Gear Sport. This will let consumers use their smartwatches, on top of their smartphones, to make […]

Smartwatches are attracting lots of attention but the prices are keeping many at bay, at least for now. Come next year, the prices are expected to average US$30, as smartphone vendors and component suppliers look to tap this market. In fact, Xiaomi has already introduced the Mi Band at just US$13.

Gartner predicts that by 2016, smartwatches will comprise about 40 percent of consumer wristworn devices. Nine out of the top 10 smartphone vendors have entered the wearables market to date or are about to ship a first product, while a year ago only two vendors were in that space.

“Apple has finally unveiled its Apple Watch, which we expect to trigger more consumer interest once it starts shipping in 2015,” said Angela McIntyre, Research Director of Gartner.

END_OF_DOCUMENT_TOKEN_TO_BE_REPLACED

Activity tracker: technology before sports brands At IFA Berlin last week, vendors introduced a number of wearable devices. Of course, most are not available immediately but it’s a […]