Xiaomi has released the new S$89 Mi Watch Lite in Singapore, just in time for the holiday season. Targeted at fitness and health enthusiasts, the device features professional health monitoring and comprehensive display of physical […]

Worldwide shipment of wearable devices will touch 225 million in 2019, an increase of 25.8 percent from 2018, according to Gartner.

END_OF_DOCUMENT_TOKEN_TO_BE_REPLACED

SensFusion has launched 1Coach, a wearable running sensor that not only tracks but also offers training advice for improving runs.

END_OF_DOCUMENT_TOKEN_TO_BE_REPLACED

Worldwide shipment of wearable devices are expected to reach 101.9 million units by the end of 2016, representing 29.0 percent growth over 2015, according to IDC.

The market for wearable devices will experience a compound annual growth rate (CAGR) of 20.3 percent, culminating in 213.6 million units shipped in 2020.

“Unlike the smartphone, which consolidated multiple technologies into one device, the wearables market is a collection of disparate devices,” said Jitesh Ubrani, Senior Research Analyst of IDC Mobile Device Trackers.

END_OF_DOCUMENT_TOKEN_TO_BE_REPLACED

Wearable devices are all the rage. Fueled by the growing popularity of fitness trackers and the Apple Watch, the global wearable device market grew 126.9 percent in Q4, bringing total annual shipment to 78.1 million units, a rise of 171.6 percent, according to IDC.

“Triple-digit growth highlights growing interest in the wearables market from both end-users and vendors. “It shows that wearables are not just for the technophiles and early adopters; wearables can exist and are welcome in the mass market. And since wearables have yet to fully penetrate the mass market, there is still plenty of room for growth in multiple vectors: new vendors, form factors, applications, and use cases. This will help propel the market further,” said Ramon Llamas, Research Manager of IDC’s wearables team.

“What is warranted is continued innovation and development. The market can only get so far with ‘me too’ and ‘copycat’ wearable devices. End-users expect improvement from what they have now, and new applications to spur replacement and increased adoption. Historical data, like steps taken and calories burned, has been a very good start. Prescriptive data, like what else a user can do to live a healthier life, coupled with popular applications like social media, news, and navigation, will push wearables further, and attract more users,” he added.

END_OF_DOCUMENT_TOKEN_TO_BE_REPLACED

It’s confirmed. Price does not matter when it comes to Apple products, or at least to Apple fans.

In its launch quarter, Apple Watch took the lion’s share of the wearable market with 4.2 million units shipped, according to Canalys. It breezed past Fitbit, Xiaomi and all the smart watch vendors, despite its significantly higher pricing.

However, early sales were hindered by two factors — Apple missing the end of year holiday season and supply constraints.

END_OF_DOCUMENT_TOKEN_TO_BE_REPLACED 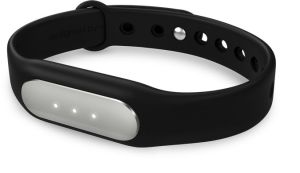 Smartwatches are attracting lots of attention but the prices are keeping many at bay, at least for now. Come next year, the prices are expected to average US$30, as smartphone vendors and component suppliers look to tap this market. In fact, Xiaomi has already introduced the Mi Band at just US$13.

Gartner predicts that by 2016, smartwatches will comprise about 40 percent of consumer wristworn devices. Nine out of the top 10 smartphone vendors have entered the wearables market to date or are about to ship a first product, while a year ago only two vendors were in that space.

“Apple has finally unveiled its Apple Watch, which we expect to trigger more consumer interest once it starts shipping in 2015,” said Angela McIntyre, Research Director of Gartner.

END_OF_DOCUMENT_TOKEN_TO_BE_REPLACED

Activity tracker: technology before sports brands At IFA Berlin last week, vendors introduced a number of wearable devices. Of course, most are not available immediately but it’s a […]