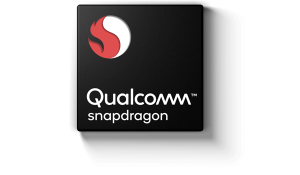 Qualcomm is targeting smartwatches for children with its Snapdragon Wear 2500 platform. Announced at Mobile World Congress Shanghai, the chip is designed to deliver extended battery life, low power location tracking and an optimised version of Android for kids.

END_OF_DOCUMENT_TOKEN_TO_BE_REPLACED

While the world waits in anticipation for its arrival, 5G has been identified as vital for autonomous vehicle connectivity.

END_OF_DOCUMENT_TOKEN_TO_BE_REPLACED

Singapore telco StarHub has upped its 4G speed to 1Gbps — giving users faster access at various parts of the island.

END_OF_DOCUMENT_TOKEN_TO_BE_REPLACED

They will work closely and share resources to develop better network technologies that will support China Telecom’s network construction and service reconstruction. The collaboration will also benefit the industry by bringing more advanced, cutting-edge technologies and innovations to market.

“As we enter the artificial intelligence era, operators are expected to provide a full range of network solutions. Through this partnership, we will be able to significantly advance SDN/NFV, 4G+/5G, cloud computing and big data technologies in the coming years. I believe the new technologies will become a reality through pilot deployments”, said  Zhang Chengliang, Vice President of China Telecom Beijing Research Institute.

END_OF_DOCUMENT_TOKEN_TO_BE_REPLACED

Smartphone sale is rising in India with 28.3 million shipped in Q3, according to IDC. That’s a 21.4 percent increase from 23.3 million units for the same period last year.

In Q3, 4G enabled devices have witnessed almost a three-fold increase in unit shipment over the previous quarter.

END_OF_DOCUMENT_TOKEN_TO_BE_REPLACED

ZTE has opened a new research and development (R&D) center in Tokyo to focus on the development of 5G and other next-generation network technologies. The new R&D centre will support ZTE’s partnerships with operators and […]

​LTE is growing phenomenally in China. By the end of 2014, China gained almost 100 million LTE subscriptions in the first year of full LTE commercialisation, demonstrating an accelerating growth momentum, according to ABI Research.

Thanks to the first-mover advantages, China Mobile seized almost 90 percent share of the LTE market in China.

“Since the other two China mobile operators — China Unicom and China Telecom — were granted preferred FDD-LTE licenses in March 2015, it is expected that China will overtake the US to become the largest 4G market in the world, accumulating 500 million LTE subscriptions, or 36.5 percent of the domestic cellular subscriptions in 2015,” said Marina Lu, Research Analyst of ABI Research.

END_OF_DOCUMENT_TOKEN_TO_BE_REPLACED 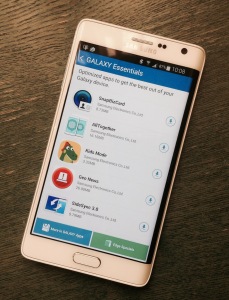 This week’s introduction of the Samsung Galaxy S6 Edge brought back memories of when the first Samsung Galaxy Note came out in 2011. While many were pooh-poohing the smartphone for being too large and bulky, I was really excited and among the first owners.

Four years down and I have not regretted that decision to cut over from what was the last Symbian-based Nokia phone to the massive Android smartphone. In fact, my family of four now carries the entire Samsung Galaxy Note range (OK, we’ve retired the original Note).

Last December, I upgraded from my trusty but slowing Note 2 to the Note Edge. It’s been nearly three months and I’m really loving it — the same feeling I had with the first Note.

END_OF_DOCUMENT_TOKEN_TO_BE_REPLACED

Smartphone shipment in India observed its first drop in Q4, according to IDC. The decline was attributed to a high channel inventory at the beginning of the quarter among general trade which in turn was caused by the surge witnessed in online sales during festive season.

Q4 was seen as a correction phase when the Smart Phone market shrank by four percent while the feature phone market plummeted by about 14 percent over the previous quarter. The overall mobile phone market stood at 64.3 million units in Q4, which reflects a sequential drop of 11 percent over Q3 and an annual drop of five percent in 2014.

The feature phone to smartphone migration trend is clearly visible as smartphones formed a healthy 35 percent of the overall mobile business in Q4, an increase of 13 percent fom a year ago.

END_OF_DOCUMENT_TOKEN_TO_BE_REPLACED

Rising demand for broadband will spur economies in the Asia-Pacific region (APAC).

According to a new GSMA report, increased broadband connections in APAC will generate US$1.2 trillion of GDP growth and create up to 35 million new jobs by 2020.

However, this opportunity can only be realised if governments act now to fully release existing harmonised mobile spectrum bands and allocate more spectrum for mobile to meet rising consumer demand and support the development of new mobile services in the longer term.

END_OF_DOCUMENT_TOKEN_TO_BE_REPLACED

Apple and Samsung, beware! Chinese smartphone vendors are hot on your heels. According to IDC, a wide range of Chinese OEMs more than outpaced the market in Q2, with Huawei nearly doubling its shipment from a year ago, followed by Lenovo.

Huawei’s growth is spurred by 4G LTE pick up, particularly in China, as all three national carriers subsidised 4G handsets to encourage consumers to upgrade from 3G. Outside of China, large volumes of its lower-cost Y series fueled growth across most regions. The company continues to focus on broadening its global reach and the Q2 results show that the momentum is undoubtedly there.

Lenovo had a record quarter in China despite tremendous pressure from local brands. During the quarter, Lenovo saw increased success from the A788T and the 3G A388T. While its Motorola acquisition is undergoing approval, Lenovo continued to gain traction in international markets. Though less than five percent of Lenovo’s shipments were registered outside of China in Q2 2013, this share nearly tripled this Q2, with emerging markets, particularly BRIC countries, picking up the largest volumes.

END_OF_DOCUMENT_TOKEN_TO_BE_REPLACED

With a highly-connected world where fast Internet access is vital, ZTE has pushed the envelope a little further with its pre-5G concept shared at LTE World Summit 2014 in Nice, France.

It has announced that under certain conditions, some 5G technologies can provide a 5G-like user experience on 4G terminals without changing the air interface standards.

“With next-generation 5G technologies being deployed in 2020, there were industry concerns over what technologies will be used in the next six years. To address this, ZTE proposes to apply some of the 5G technology on top of 4G to meet users’ requirements,” said Dr Xiang Jiying, CTO of wireless products at ZTE.

END_OF_DOCUMENT_TOKEN_TO_BE_REPLACED

Telecom New Zealand has launched a new 4G LTE network that can provide speeds of up to 150 Mb/s to mobile subscribers in parts of Auckland, Wellington and Christchurch.

The telco has made access to the 4G network free for all of its current subscribers who have 4G-capable devices. It recognises that the network’s faster data will quickly become the “new normal” for New Zealanders who have embraced smart devices.

According to Tim Miles, CEO of Telecom’s enterprise business arm Gen-i, 4G would help to feed growing demand for new applications which leverage the high speeds, while the seamless integration of the 4G network with 3G, fibre and Wi-Fi into a single platform for mobility would deliver a superior overall experience for customers.

END_OF_DOCUMENT_TOKEN_TO_BE_REPLACED 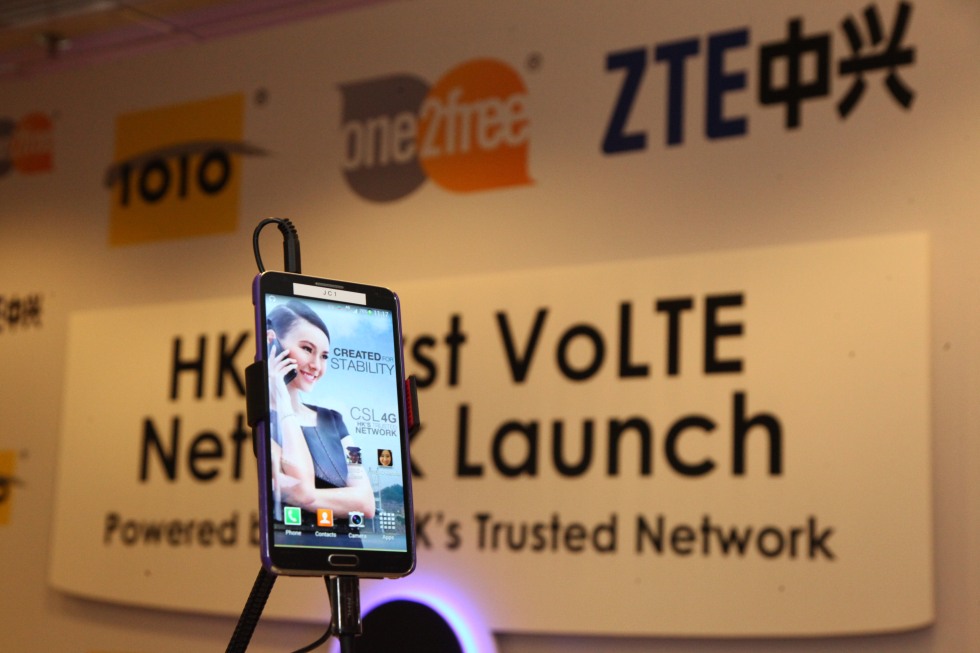 1O1O and one2free have turned on the first VoLTE (Voice over LTE) network in Hong Kong powered by Hong Kong’s Trusted Network. The full commercial launch is expected to take place in the first half of 2014, in line with projected device maturity in the market.

END_OF_DOCUMENT_TOKEN_TO_BE_REPLACED 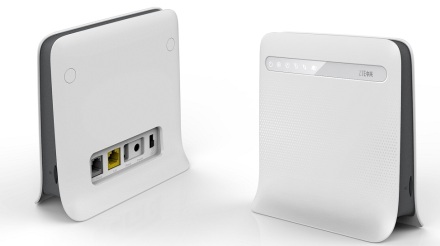 With a sleek upright design, the MF253 supports data downlink speeds of 100Mbps, and 50Mbps for uplink, delivering high-speed mobile Internet access for up to 32 users simultaneously. It comes with a streamlined white chassis and blue indicator lights.

Customised versions for markets in the Americas, Europe and China ensure comprehensive support for a broad range of LTE spectrum used in different markets globally. Support for an external antenna will allow the MF253 to be deployed in areas of poor mobile signals.

END_OF_DOCUMENT_TOKEN_TO_BE_REPLACED

The launch of new 3G data plans by all three Thai mobile operators will introduce broad changes to the competitive dynamics among mobile operators, particularly in how they deal with the mass market segment.

IDC issued this warning after a review of the price plans and potential market share of the three mobile operators after the release of their 3G service plans.

IDC believes the industry is set for a slew of promotional and pricing competitive pressures in the next six months, possibly resulting in significant churn among the customer base if one of the telco operators does not keep its defenses up.

END_OF_DOCUMENT_TOKEN_TO_BE_REPLACED

ZTE has launched the ZTE MF93D ultra speed 4G (LTE) uFi (unified WiFi) mobile hotspot device, which can reach a maximum speed of up to 100Mbps and be accessed by 10 users at the same time. […]

ZTE has announced the ZTE Grand S – 5.0 FHD LTE, the flagship handset in its high-end Grand Series line of products.

Developed by ZTE, the ultrathin body and high definition display of the ZTE Grand S offer consumers the latest in style, quality and functionality.

END_OF_DOCUMENT_TOKEN_TO_BE_REPLACED

Tegra 4 also enables worldwide 4G LTE voice and data support through an optional chipset, the fifth-generation NVIDIA Icera® i500 processor. More efficient and 40 percent the size of conventional modems, i500 delivers four times the processing capability of its predecessor.