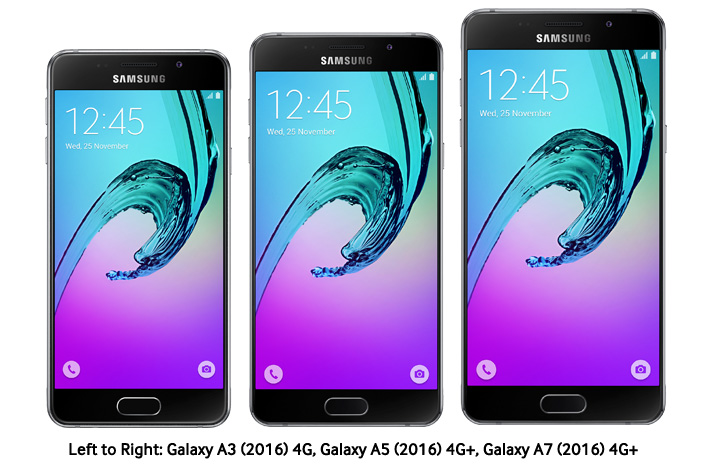 The smartphones pack a 13MP rear camera and a 5MP front-facing camera with brighter f1.9 aperture lenses. Innovative smart selfie features such as wide selfie, palm selfie and beauty face embedded in the Galaxy A (2016) allow users to capture high-resolution and vivid selfies with ease. The Galaxy A5 (2016) 4G+ and Galaxy A7 (2016) 4G+ rear cameras are also enhanced with optical image stabiliser for blur-free images.

With the quick launch camera feature, users get fast access to the camera with a simple double-tap of the home button, enabling them to capture key moments in high-resolution.

Equipped with dual SIM capability, the Galaxy A (2016) offers added usage flexibility. The Galaxy A3 (2016) 4G features a hybrid SIM slot which can double up as an external memory card slot supporting up to 128GB of additional memory when the second SIM card is not in use. The Galaxy A5 (2016) 4G+ and Galaxy A7 (2016) 4G+, both support Dual SIM and also come with an additional external memory slot for added versatility.