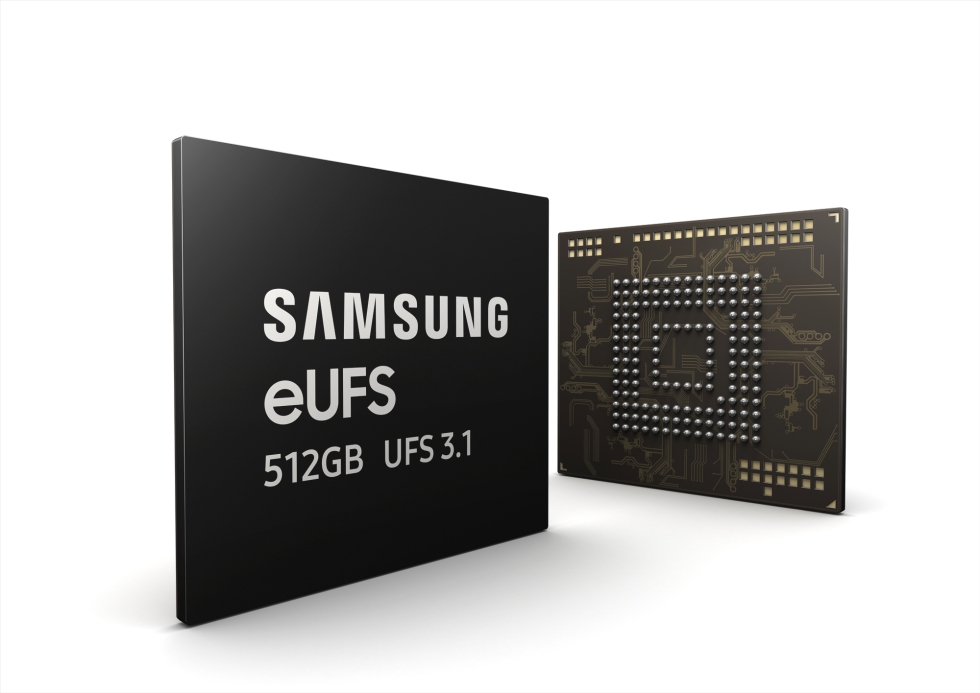 “With our introduction of the fastest mobile storage, smartphone users will no longer have to worry about the bottleneck they face with conventional storage cards,” said Cheol Choi, Executive Vice President of Memory Sales and Marketing at Samsung Electronics.

At a sequential write speed of over 1,200MB/s, Samsung 512GB eUFS 3.1 boasts more than twice the speed of a SATA-based PC (540MB/s) and more than 10 times the speed of a UHS-I microSD card (90MB/s), letting consumers store massive files such as 8K videos or several hundred large-size photos in their smartphones without any buffering.

Transferring 100GB of data of contents from an old phone to a new device will also only take about 1.5 minutes, compared to the more than four minutes using UFS 3.0-based phones.