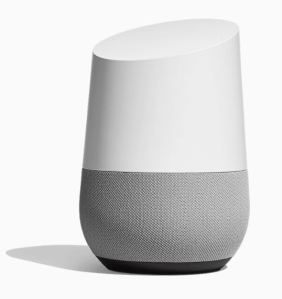 Google has ousted Amazon from the perch of the global smart speaker market. According to Canalys, Google shipped 3.2 million units with its Google Home and Google Home mini series , surpassing the 2.5 million units of the Amazon Echo series for the first time in Q1.

The market grew nearly 210 percent compared to the same period last year in Q1 with overall shipment of more than nine million units.

Google and Amazon have stepped up efforts to open up overseas markets, making the US market account for less than half of the global market for the first time in the quarter.

“Google has advantages over Amazon in several ways. The biggest advantage lies in the neutrality of its channels. Operators and retailers are more inclined to introduce Google’s smart speakers, because Amazon has a direct competitive relationship with distribution channels to a certain extent. But Amazon is also working hard to enhance its competing ability, its accumulation of absolute lead in Alexa Skills (Alexa Smart Skills) and its ability to integrate in smart home products will make it difficult for its competitors to surpass the market in the future,” said Ben Stanton, Analyst of Canalys Europe UK.

The smart speaker market has attracted new players from all countries, prompting the rapid growth of shipment in markets such as China and South Korea.

The smart speaker market in China will continue to grow, with an increase of more than 60 percent in Q1.

Alibaba shipped 1.1 million units. With its Tmall Genie smart speakers, the e-commerce giant occupies the third spot in the world and first in China.

Millet, with its mobile phone as its core business, sold more than 600,000 units with its little love speaker and occupied the second place in the Chinese market.

“The awareness and use of smart speakers are increasing among Chinese consumers. Alibaba will face increasingly strong competitors in the domestic market. Xiaomi, which is preparing to go public, will continue to increase investment in this area this year,” said He Tianhua, Research Analyst of Canalys Shanghai.