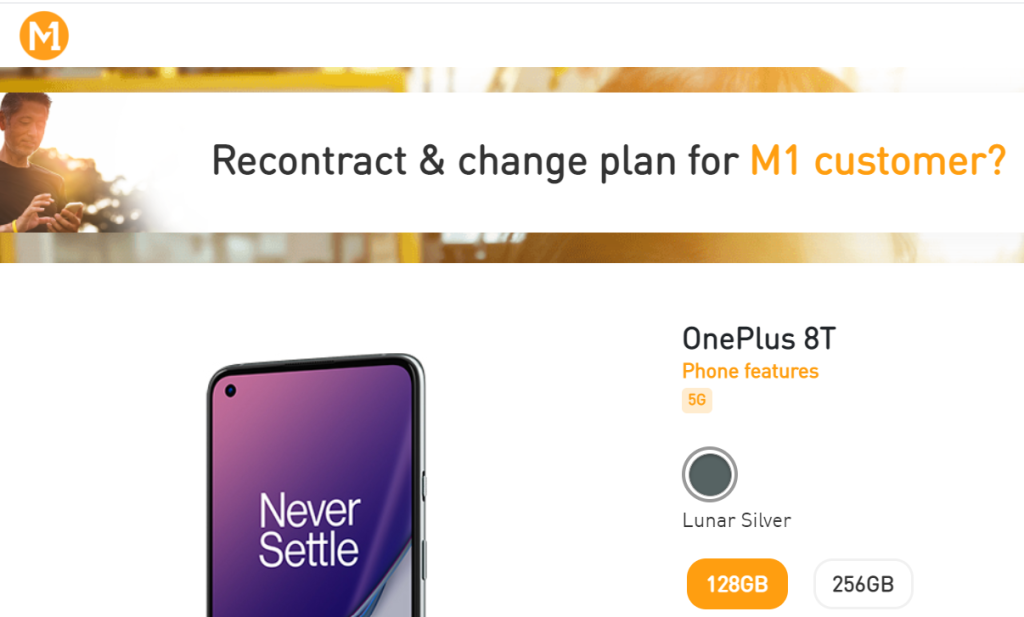 OnePlus is finally teaming up with a telco in Singapore. The OnePlus 8T is now available at M1 for just S$90 with a two-year plan.

This is a evolution of sorts for the China phonemaker as it had been selling online from Lazada, Shopee and Qoo10, as well as Challenger outlets and selected retailers.

Started by former Oppo executives, the company has a cult following among techies — most ordinary folks have not even heard of the brand. The OnePlus smartphone uses stock Android for faster loading and comes pack with features that compete with high end competitors but at a better price point.

A new generation of premium smartphone is released every year with an upgraded version about six months after each major launch.

With the new channel, OnePlus is extending its reach in the Singapore market while making the prices even more competitive when bundled with a plan.