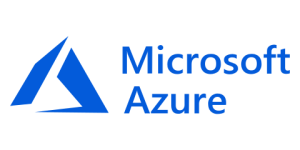 NVIDIA and Microsoft have announced that Microsoft Azure is now supported on the NVIDIA GPU Cloud (NGC) platform.

With this development, thousands more developers, data scientists and researchers can now jumpstart their artificial intelligence (AI) and high performance computing (HPC) projects with a wide range of GPU-optimised software available at no additional charge through NGC.

Ready-to-run containers from NGC with Azure give developers access to on-demand GPU computing that scales to their need, and eliminates the complexity of software integration and testing.

They can access 35 GPU-accelerated containers for deep learning software, HPC applications, HPC visualisation tools and a variety of partner applications from the NGC container registry and run them on the following Microsoft Azure instance types with NVIDIA GPUs:

The same NGC containers work across Azure instance types, even with different types or quantities of GPUs.

Using NGC containers with Azure is simple. Just go to the Microsoft Azure Marketplace and find the NVIDIA GPU Cloud Image for Deep Learning and HPC. Launch a compatible NVIDIA GPU instance on Azure. Then, pull the desired containers from the NGC registry into the running instance. Do remember to sign up for a free NGC account first.

In addition to using NVIDIA published images on Azure Marketplace to run these NGC containers, Azure Batch AI can also be used to download and run these containers from NGC on Azure NCv2, NCv3 and ND virtual machines. Follow these simple GitHub instructions to start with Batch AI with NGC containers.

With NGC support for Azure, it is easier for everyone to start with AI or HPC in cloud.

Sign up for a  webinar on October 2 at 9am PT to learn more, and get started with NGC today.