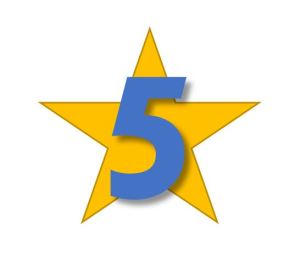 Entelechy Asia turns five today. So much has changed since we launched in November 2012.

Technology has been disrupting the economy and traditional industries in so many ways. Uber and Grab are now making taxi companies rethink their business model. Level 5 driverless cars are being tested, something unheard of five years ago.

Who would have thought that Google would launch its own phones. Even more amazing is Razer’s introduction of a gaming smartphone, on top of going public.

Facebook and Google ads are ruling the world, making media houses re-evaluate advertising strategies. Sadly, publishers that did not react or moved too late to the digital revolution are paying the price with many closing shop. Even online media are finding it increasingly tough to compete in an ever changing landscape.

Amazon and Alibaba are taking e-commerce to new heights, leaving many brick-and-mortar retailers in their after trail.

And artificial intelligence (AI) has become the technology that governments and businesses are turning to to leverage big data, thanks much to the processing prowess of the graphics processing units, such as those by NVIDIA.

It has been an exciting five years. We look forward to bringing you our views, thoughts and news of the technology industry in the days ahead.

Thanks so much for your support!